Andhra Pradesh, India, Thehent: Ysr Asara Scheme - AP Cm Ys Jagan To Launch Ysr Asara Scheme Under Navaratnalu Good news for AP Dwakra Mahila, CM Jagan .. On the 11th, money was deposited in all their accounts. Chief Minister YS Jaganmohan Reddy will deposit the money in the accounts of Dwakra Mahila on the 11th of this month, Minister Botsa said.

YSR support money is going to fall on the accounts of Dwakra Mahila soon. Chief Minister YS Jaganmohan Reddy is all set to launch the YSR support scheme on the 11th of this month to support the sisters of the Dwakra communities, Municipal Minister Botsa Satyanarayana said. He directed the authorities to make the program a success and see to it that all those who are eligible benefit from the scheme. 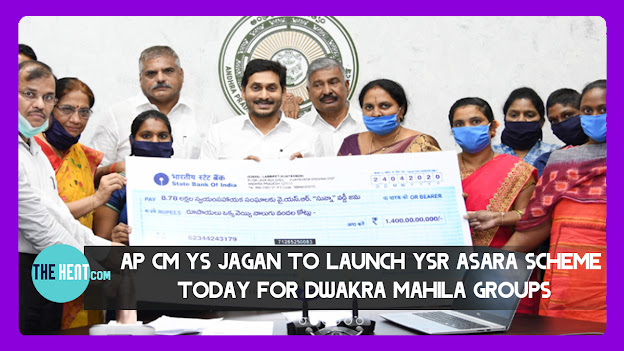 How to apply or join in New Dwakra Mahila Groups:

Speaking on the occasion, Minister Botsa said that the authorities have been directed to organize support week festivals from the 11th to the 17th of this month to create awareness on all the programs being carried out by the Jagan government for the welfare of women. He said YSR Asara would benefit about 1.52 lakh SHGs in urban areas in the first tranche of about Rs 1,186 crore. He said the banks had taken steps to prevent the money from being deposited as old arrears. It was ordered that the inauguration ceremony of the support program be held on the 11th of this month in each ward secretariat. Minister Botsa Satyanarayana also reviewed the soon-to-be-launched Jagannath Thodu scheme.