Tech, PUBG: Exclusive Pubg Game for India .. Announced Company! It is known that the most popular game in our country, Pubg, has been banned recently. But now the game is back. The company recently announced this.

Pubg Mobile developers said that they will soon be bringing a new game called Pubg Mobile India. He said it was just designed for domestic players. The game was banned by the central government in September. It immediately cut ties with China-based Tencent Games. Pugj also removed access to the game from October 30.

He said that a big platform will be laid for the safety of the players in the upcoming game. The company said it would check from time to time whether customer information was secure. In addition, the game has been changed to accommodate local players. Changes such as ground setting and clothing for new characters will be made. In addition, young players will be given time restrictions on playing the game for longer. 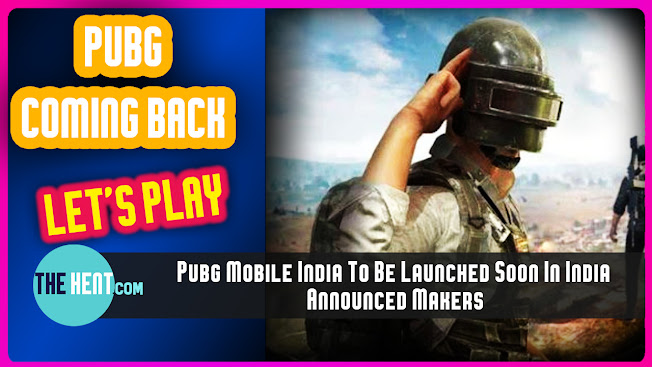 In addition, Pubg announced that it would set up an office locally and hire 100 people. This will provide better communication and services to the customers. Pubzi Corporation and its parent company Krafton have said they will invest $ 100 million (approximately Rs 746 crore) in the country. However, the company did not say when Pubji Mobile India will be available. Pubg players in our country were very frustrated when this game was banned. From casual gamers who only play for an hour a day to streamers who have turned it into a career have also suffered greatly. He said that our domestic streamers have also lost revenue and views. However, some fans have also demanded to bring this game back.

It seems that Pubg will be making a re-entry in our country soon. Clarity on this is likely to come before Diwali. There are rumors that Pubg will make an entry in our country again. According to a TechCrunch and Techmahe video source article, it seems likely that Clarity will come out during Diwali. However, those who provided this information were asked not to divulge their names.

According to this information Pubg has partnered with global cloud service providers. It seems that the decision was taken to store data of Indians as our government has objections in the case of China servers.

It is learned that this has already been mentioned to the high profile streamers who are currently streaming pubs in our country. An official announcement is expected soon. A marketing campaign is likely to be launched during Diwali.

Pubg also terminated its partnership with Chinese company Tencent. There are also rumors that Pubg is working with companies like Airtel and Paytm for publishing rights in our country. pubg discontinued its servers in our country at the end of October.

It is possible to play this game through the APK files even if removed from the Playstore. However, the government has stepped up pressure on Pubg to shut down the servers. Most youtube streamers like Prime Gaming Channel and Tech Mahe Gaming Channel still play Call of Duty, Freefire, despite the fact that Pubg is banned. So it remains to be seen if the previous popularity will be the same when Pubg returns!