US President Election 2020 : When to expect results winners on election night

Four scenarios on the road to a new president: what will end with Donald and Joe? Today the Americans are going to the polls. Just under 100 million of them have already voted, mostly by post. Both Trump and Biden follow the vote count with suspicion and have an army of lawyers on hand to challenge defeat.

It will be an election day as seldom before. Barely a fifth of Americans believe it will all be fair, according to a poll. Armed 'polling station watchers' have been announced (strong guys who believe they should supervise polling stations), the social media promises to ban false, premature, victory claims, there are fears of hackers and explosive fake news, and both parties are already taking it the hole in negativity by also smearing relatives of the candidates.

How it all ends? A number of scenarios are possible

Trump wins signed off A glorious moment for Donald Trump, his style, and his slogan America First. Not even the coronavirus could floor him. Donald Trump makes history. He himself does not expect otherwise. He said of his vote: "I have chosen a man named Trump."

Biden wins signed off The opinion pollsters are right: the Americans are really tired of Trump after four hectic years and are switching to Joe Biden. Unlike in 2016, when polls underestimated pro-Trump votes in rural areas and did not foresee that many low-educated and disillusioned voters would go back to vote (for Trump!) For the first time in ages, such gaps would have been corrected. Some even foresee a landslide for Biden, thus an electoral punishment for Trump. "If Biden indeed wins signed off and even traditionally Republican states wave to the Democrats, it will be very difficult for Trump to argue against that," says Dutch spin doctor Kay van de Linde, who also worked in the United States. 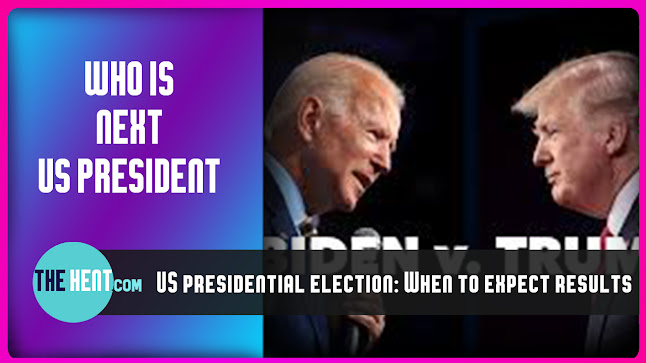 Trump seems to win first, but Biden wins in the end. Or vice versa.

This is the worrying scenario. Because then you have the dolls dancing. Trump knows that post votes traditionally come from Democrats and that they will be counted later. He has already warned his supporters about a "massive mess" to get him out. That is unproven, but does it still matter in an atmosphere of so much hatred and suspicion? And there will no doubt be problems somewhere in a polling station. But that's part of such a huge election and everyone knows it. Only now will incidents immediately be magnified by the party that thinks it will benefit, observers, fear. And no one can foresee the consequences. If it takes a long time and the president loses ground, manifestations of aggrieved Proud Boys and other pro-Trump militias in states like Michigan and Arizona are feared. There are also fears of counter-demonstrations by left-wing militants, including the extreme Antifa. When they run into each other, things can get screeching.

Four scenarios on the road to a new president: what will end with Donald and Joe? So Who Will Win  #ElectionDay #Election2020 #MidnightVote #PresidentialElection (Except for the headline, this story has not been edited by The Hunt staff and is published from a syndicated feed.)